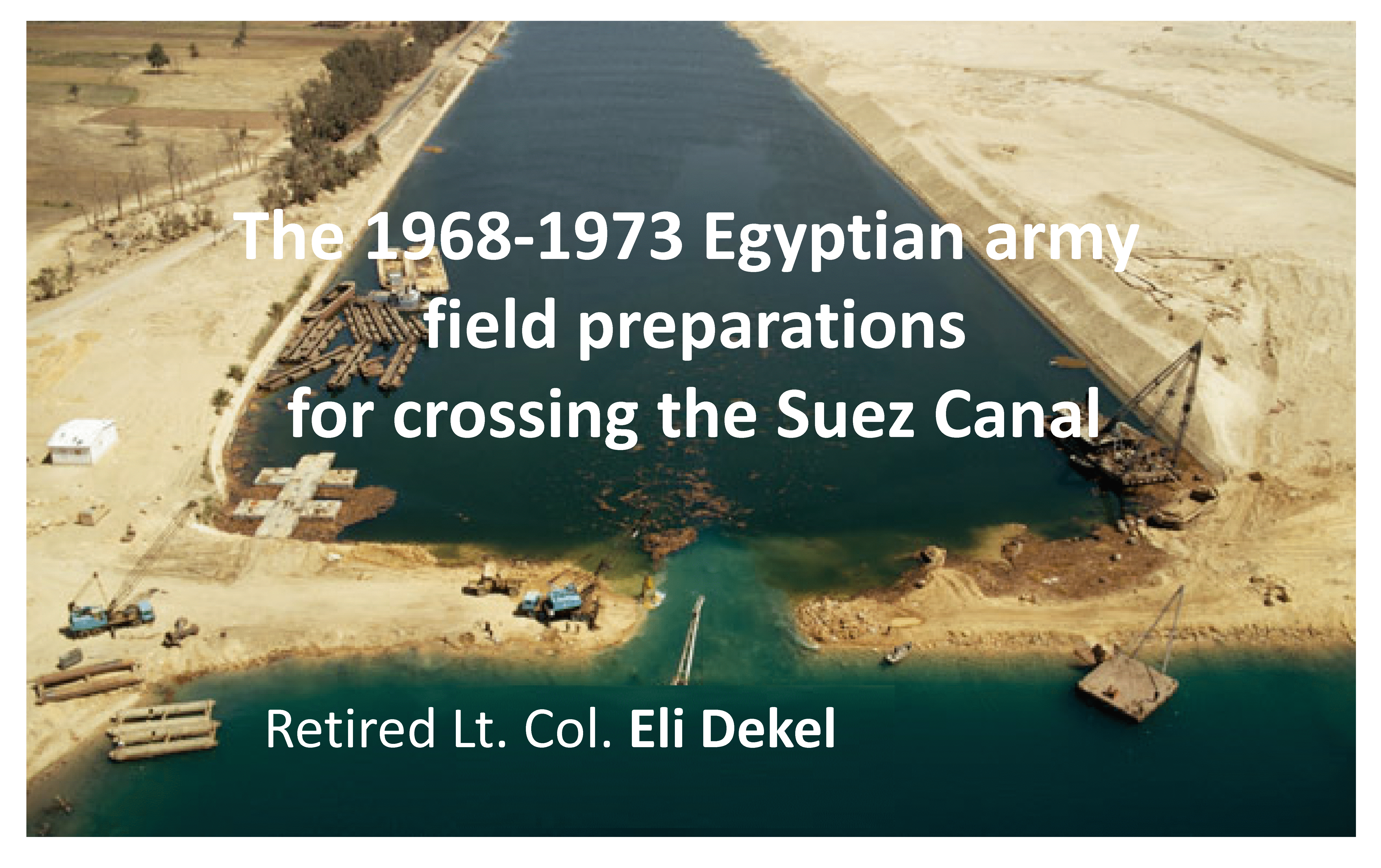 An essay by Eliyahu Dekel-Delitzki which discusses monitoring by IDF intelligence of Egyptian preparations for Crossing the Suez Canal in the October, 1973 war. The essay describes the stages of intelligence research into the matter, which began as early as 1968, as well as details the internal conflicts within the Israeli intelligence community with regards to the intelligence “findings” and their significance. The essay concludes with an analysis of the actual crossing by the Egyptians as it was conducted during the war. The essay has been translated from the author’s 2010 book, Modiin Talush Me’Ha’Karka  (Groundless Intelligence – Success and Failure in the IDF’s Geographic Military Intelligence ISBN 978-965-555-487-8 Elkana: Eli Dekel Books, 2010).